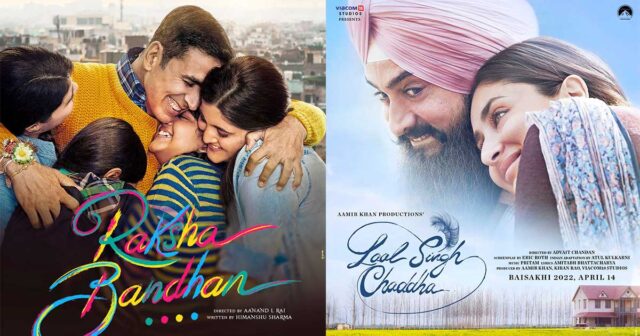 Bollywood is gearing up for a mega box office clash. Yes, we’re talking about Akshay Kumar’s Raksha Bandhan and Aamir Khan’s Laal Singh Chaddha locking horns on 11th August. As both stars are two of the biggest crowd-pullers of the Hindi film industry, the hype is real. Recently, Akki addressed the heated topic of the highly-anticipated clash.

Promotions of both the biggies have started and it’s in full swing. Trailers are out and going by the audience reaction, Akshay’s film has an edge over Aamir’s film. LSC is getting trolled by some for being a ‘copy paste’ remake of Tom Hanks’ classic, Forrest Gump. on the other hand, RB is receiving positive responses for its desi feel. Amid all this toxic social media rivalry, Akki has spoken kind words for both films.

During a recent media interaction, Akshay Kumar was asked about the clash between Raksha Bandhan and Laal Singh Chaddha. He said, “It’s a good week and it has two-three holidays. I think, two releases can work easily in this week. The COVID pandemic was there for almost two and a half years, so two or three films releasing in a week is inevitable.”

That’s a much-needed positive response amid fan wars on social media. We too hope both the films do well at the box office!

As per the trailer of RB, Akshay is a loving and caring brother, who is trying his best for his sisters to get married. He himself denies his childhood love, played by Bhumi to settle down. He mortgaged his shop to fulfil his brotherly duties and was even ready to sell both his kidneys for his sister’s marriage.

Stay tuned to Koimoi for more such updates.