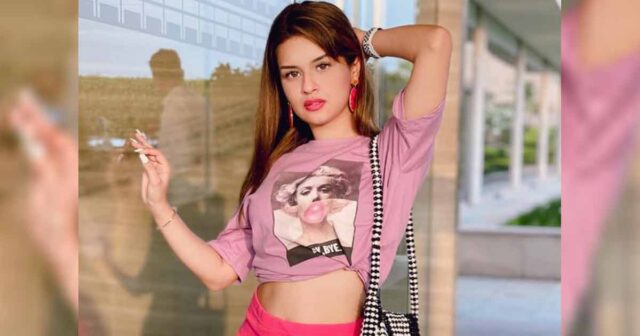 Avneet Kaur has been a part of the showbiz ever since 2010. She participated in Dance India Dance L’il Masters and left everyone in awe. Ever since the beauty has done multiple shows like Aladdin – Naam Toh Suna Hoga and Chandra Nandini. She’s versatile but not open to doing bold scenes. Read on for more details.

Most would know that Avneet is only 19 years old. She has already seen the best and worst of showbiz by now. Praises, as well as, trolls have been a usual part of her life and she’s okay with it all. But a bold scene, that’s one genre she isn’t willing to explore even as an actor.

Avneet Kaur had shared with Times Of India, “Right now what’s fascinating for me is the web zone. I have not done much on that medium. I have done just one web series and I think that’s more of my zone right now. I would really like to enjoy that category right now. I am looking forward to it.”

But bold content is a no-no for Avneet Kaur. The Aladdin actress added, “I am not very comfortable doing bold content. I would rather not pick up a story that involves these things. Definitely, I will try to know what the story is and then accordingly I will make a decision. I am not comfortable doing such scenes.”

During the conversation, Avneet also revealed her Bollywood plans. She confessed that she’s looking to be a part of more Bollywood films but is happy with whatever work she’s done in the medium.

For the unversed, Avneet Kaur had been a part of some great films like Mardaani, Qarib Qarib Single, and Mardaani 2.