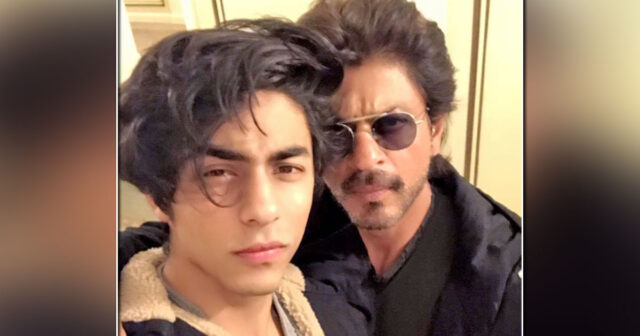 Ever since Aryan Khan got arrested by the Narcotics Control Bureau in a drug raid conducted on Cordelia Cruise Ship off the Mumbai coast, Shah Rukh Khan’s residence Mannat is shrouded in gloom. A session court in Mumbai denied bail plea filed by Aryan yet again.

As per latest report, a frightening sense of despair and hopelessness has crept into SRK and his family. Even his close friends now feel that Aryan may not be granted bail anytime soon. Amidst the tension, King Khan’s birthday is coming up on November 2.

Bollywood Hungama report quotes a source close to Shah Rukh Khan as saying, “Not just Shah Rukh’s birthday, Aryan’s birthday is also coming up (on November 13). The thought of Aryan spending his birthday in jail is giving all of us panic attacks.” So he will be requesting his fans not to gather at his home this time as they do every year.

As Aryan Khan is currently at a special barrack in Arthur Road Jail, SRK was spotted outside the jail greeting a woman and others with folded hands as he was on his way to meet his son. This seems to be his first public appearance since Aryan was arrested. The video is going viral on social media.

Aryan is among the 7 arrested by NCB on October 3. They were charged with offences under Section 8(c), 20(b), 27, 28, 29 and 35 under the Narcotic Drugs and Psychotropic Substances (NDPS) Act. Previous reports revealed that Aryan’s parents sent him a money order of Rs 4500 for his canteen expenses as he wasn’t allowed to have home food.

Must Read: Aila Re Aillaa From Sooryavanshi Out! Akshay Kumar, Ranveer Singh & Ajay Devgn Give Us The ‘Post-Pandemic’ Party Track