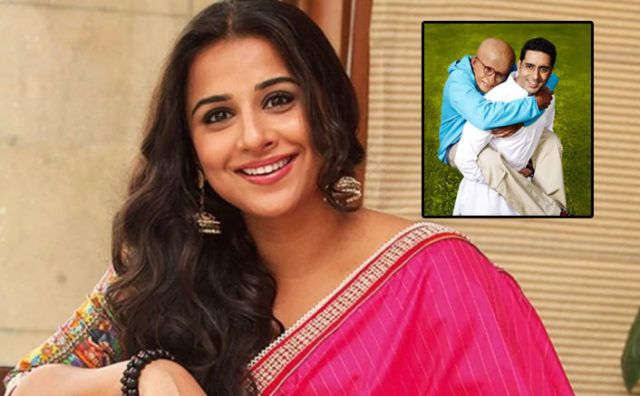 Actress Vidya Balan could not believe that her film “Paa” has completed 10 years since release.

Noting how time flies, Vidya Balan got nostalgic and shared what the National Award-winning film meant to her.

Directed by R. Balki, “Paa” narrated the story of a 12-year-old boy named Auro (played by Amitabh Bachchan), who suffers from a rare genetic disorder called progeria. In the movie, Abhishek Bachchan played the role of Big B’s father while Vidya Balan was seen as his mother.

Revealing how the film awakened maternal instinct in her , Vidya said: “‘Paa’ was a sort of landmark for me…I have said it many times over that it awakened the maternal instinct in me for the first time ever …and to top that I got to witness the magical transformation of Mr. Bachchan into Auro…And lastly working with Balki was unbelieveable …It was ofcourse a big idea to start with but the process was easy and effortless..and the way he normalized behaviour of all the characters and that too with such little instruction was a huge learning.”

Vidya is currently busy shooting for a biopic on the late mathematics genius Shakuntala Devi.

Do you love the film Paa starring Vidya, Big B, and Junior B? Let us know your thoughts in the comments section below.