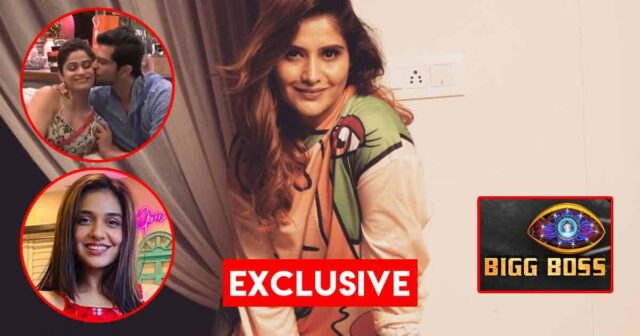 Bigg Boss 15 is just a week away and fans of the Salman Khan-hosted show are excited to see how well the contestants will perform while made to stay in the jungle. Launched on Thursday (September 23) at Pench Jungle Camp, Seoni, Madhya Pradesh, the event saw ex-contestants Arti Shetty and Devoleena Bhattacharjee as hosts.

Soon after the launch, we caught up with Arti and asked her a couple of things about the show. During our exclusive chat, she got candid about Shamita Shetty’s game on BB15 as Raqesh Bapat isn’t there as well as whether or not Divya Agarwal should be on the controversial show. Read on to know all she had to say.

Arti Singh got candid about Shamita Shetty, her game and the actress being part of Bigg Boss 15. While talking about whether Shamita’s game will be affected as Raqesh Bapat is not part of BB15, Aarti said, “I don’t think so.” Justifying her answer, she said, “Ek ke sath jab ek jud jata hai toh aapki himmat bad jati hai, lekin aap humesa akele hi himmat leke aate ho. I don’t think any contestant needs someone to prove anything – I just hope.”

Talking about whether or not Divya Agarwal should be a part of Bigg Boss 15 given that she won the OTT format, Arti Singh said, “Definitely. Agar woh jeethi hai toh usse hona chahiye.” Adding further she stated, “Why not. Woh apni kabiliyat pe jeethi hai”