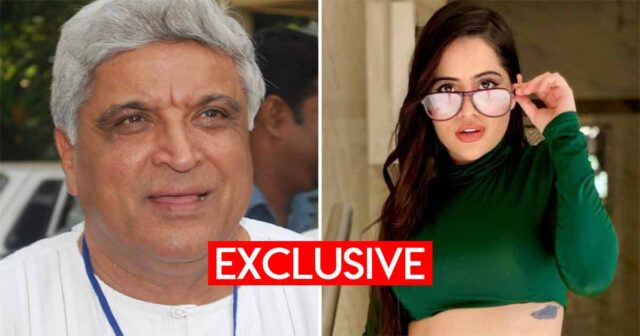 Urfi Javed is no stranger to trolls and controversies. While she time and again netizens comment about her outfit choices, the actress was also recently in the midst of a rumour that said she was related to acclaimed lyricist and writer Javed Akhtar. While both parties in question clarified that there was no connection, netizens still troll Akhtar for what Urfi wore.

In an exclusive conversation with Koimoi, Urfi got candid about her reaction when trolls first started calling her Akhtar’s granddaughter, her views on anyone being trolled for someone else’s fashion choices and more. Read on to know all she had to say.

When asked the first thought she had when netizens started with the ‘you are related to Javed Akhtar’ rumours and slammed them both for her fashion choices, Urfi Javed said, “Matlab Javed Akhtar ki agar mai asli mein bhi poti hoti toh mera tab bhi joh mann karega, main woh penhungi. How is Javed Akhtar to be blamed for what I wear, even if he was my grandfather. Even if his own granddaughters wear anything, how can you blame him!? Why blame anyone! We are all individuals. It’s a very sick mindset that these people have. Kapdo se dada ko kya lena… mujhe logic hi nahi samaj aaya. Yeh toh hogaya ki mere pair mere saar par laga diya aur mera dhimaag ghutno mein laga diya.”

On being asked if she still has trolls messaging her or commenting that she’s related to Javed Akhtar, Urfi Javed said, “I do get comments but shayad ab clear ho chuka hai that I’m not Javed Akhtar’s (grand) daughter. Both the parties made it very clear, so aise filhaal nahi aa rahe aise comments.”

When asked whether she’s happy that she is no longer getting such comments or messages, the former Bigg Boss OTT contestant said, “I was unaffected then, I’m unaffected now. How does it affect me? Javed Akhtar has nothing to do with me and he is not going to give any shares of his property, so it doesn’t affect me.”

Stay tuned to Koimoi for more such news, updates and exclusives.