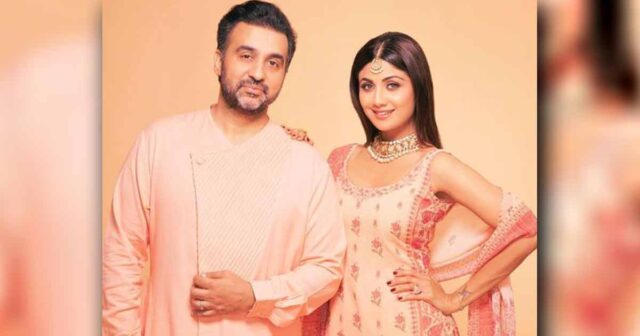 Shilpa Shetty’s husband Raj Kundra has been arrested by Mumbai Police for allegedly making p*rn films and publish them through mobile applications. The police also revealed that they have ‘sufficient evidence’ against the businessman and have issued a statement in regards to the same. Scroll below to know the scoop.

Reportedly the case was filed back in February and Kundra happened to be the ‘key conspirator’ in the same.

According to a statement by CP Mumbai, “There was a case registered with Crime Branch Mumbai in February 2021 about creation of pornographic films and publishing them through some apps. We’ve arrested Mr Raj Kundra in this case on 19/7/21 as he appears to be the key conspirator of this. We have sufficient evidences regarding this. Investigation is in progress please,” as reported by News18.

Meanwhile, Raj Kundra recently made headlines for his statements on his ex-wife Kavita.

Kundra in a conversation with Pinkvilla had said, “She got paid thousands of pounds to do this interview by News of the World. She sold her soul during our divorce; she had to present her bank statements and it was clearly mentioned she had been paid by the newspaper to sell a so-called scandalous story. She is blaming a celebrity (Shilpa Shetty) for her broken marriage when she herself was the reason the marriage broke down.”

Revealing how he found about her betrayal, Raj Kundra continued, “My sister and her husband moved back to India because things were not comfortable living together in our house. The relationship that my wife and ex-brother-in-law Vansh were sharing, going out for work together meeting and sitting in the same room so often, etc. I guess my sister felt it best to move back. Again I refused to listen to anyone who tried to bring up this topic. I was super excited when I got the news she was pregnant. We had a baby girl and for the first 30 days at home, I started to notice she started spending more and more time in the bathroom evidently extended times from the usual quick 20-30 minutes she would be in the bathroom for hours at end. First I thought this was due to her recent delivery but the truth was something else.”

Must Read: Ram Gopal Varma Reviews Liger: “Vijay Deverakonda Is Greater Than Any Star I Have Seen In Last 2 Decades”