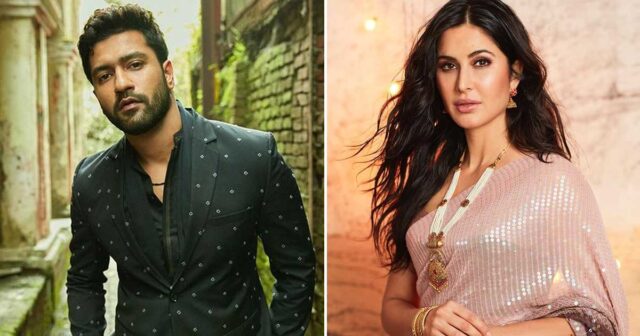 Bollywood’s heartthrob Vicky Kaushal is currently being heavily praised for his amazing work in Sardar Udham. The actor is in a quiet happy place right now. It seems like there is more happy news coming his way, as there is news buzzing around that the URI actor might soon get engaged to his rumoured girlfriend Katrina Kaif!

The actor’s movie was released on 16 October and since then he is only receiving applause from the industry people and his beloved fans.

Well, in a recent interview, Vicky Kaushal was asked about his engagement rumours that had spread like wildfire on social media a few weeks ago. The answer that he gave has gotten us all excited!

During a conversation with ETimes, Vicky Kaushal was asked, “News of your roka (engagement) created quite a furore online. What’s the status on that front? When are you getting engaged?”

The Raazi star replied to this by saying, “The news was circulated by your friends (laughs). I’ll get engaged soon enough when the time is right. Uska bhi time aayega (the time will come).” Is this some sort of confirmation? Are Katrina and Vicky planning a future together?!?!

Earlier there were a lot of speculations going around that Vicky and Katrina were about to have their Roka ceremony soon. This news has had hit the internet like a storm. However, the actor’s brother Sunny Kaushal laughed off the rumours and denied them.

But now it looks like, through the interview, Vicky has himself confirmed it by not denying the engagement rumours. The one thing to point out from the whole interview is when the actor said: “soon enough” when asked about his engagement!

This is the best news for his fans out there as the rumoured duo are shipped widely by their buffs.

Earlier, Anil Kapoor’s son Harsh Varrdhan Kapoor had also confirmed on a talk show that Vicky Kaushal and Katrina Kaif are surely dating each other.