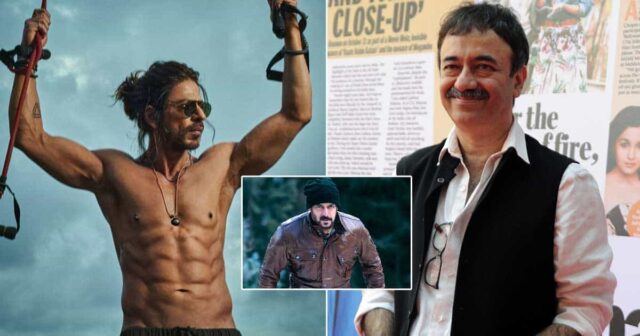 Shah Rukh Khan is on a roll as the superstar is ready to bounce back like never before. After the debacle of Zero in 2018, the actor is geared up for a mega comeback after 5 long years. He has an exciting lineup with Pathaan, Jawan, Tiger 3 (cameo) and Dunki. Now there are some interesting updates out about SRK’s film that every single fan must know.

Just a few days back, SRK made it official about his third comeback film with Jawan, thus revealing his entire lineup of upcoming films. Be it Pathaan, Dunki or Jawan, all these films are arriving in 2023 and the work on the same is going in full swing. It is learned that the superstar is juggling between the multiple shoots.

As per reports flowing in, Shah Rukh Khan recently wrapped up the first schedule of his first-ever collaboration with Rajkumar Hirani, Dunki. It is learned that he has even completed shooting one fun dance number which has been choreographed by none other than Ganesh Acharya. Now, Khan will be going forward by resuming his work on Atlee’s Jawan.

As we all know, the work on Jawan commenced last year and it’s already halfway through. After Atlee’s film, Shah Rukh Khan is all set to shoot the much-awaited cameo for the highly-anticipated Tiger 3. The scene will reportedly feature both Salman and Shah Rukh together. And then, after getting done with these couple of commitments, Khan will fly for the international schedule of Dunki. It will be shot in July.

Must Read: Disha Patani Once Expressed Her Disappointment In Men: “No One Flirts With Me, Said They Find Me Hot”