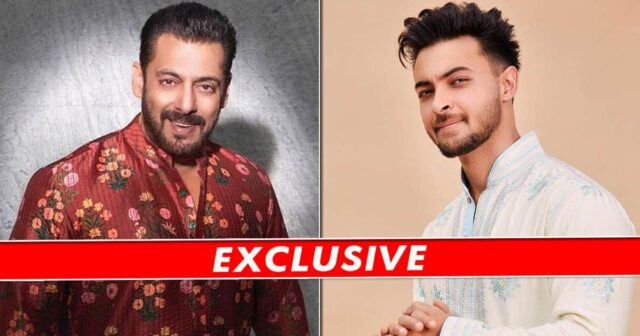 Aayush Sharma entered Bollywood with his debut film Love Yatri. The actor soon became a part of the headlines. While there were praises, there was also a fair share of criticism. Hailing from a big Bollywood family, that of Salman Khan, the word Nepotism got attached to him very early on. He now stars in Antim: The Final Truth alongside Khan, who plays a cop. Aayush is now talking about nepotism and if that affects him in anyways.

Joining Koimoi exclusively for a candid chat, Aayush Sharma spoke about a lot of things including Antim and his career. The actor sheds light on the word nepotism attached to him and if that bothers him. Read on to know everything you should about the same.

When asked about the fact that he expressed he didn’t want the conversation of nepotism to haunt Antim, Aayush Sharma said, “Every actor is very selfish by the end of the day. Today if you ask me, would anybody else reject this offer? Nobody would, everybody would want to be. I am sure, today I am in a poster with Salman bhai, if you ask me would I want to be in a poster with Shah Rukh bhai, 100 percent. You know they are massive stars, you know if you are working with them, you will have an audience expansion like no one else.”

He recalled how once Varun Dhawan told him an interesting anecdote. Aayush Sharma said, “You know Varun told me once when I asked me what he thinks. He said ‘ I did a film called Dilwale. And before that, once I was shooting in abroad and people knew Shraddha Kapoor but they didn’t know me.’ But when Dilwale released, his audience expansion was so massive, that many of his earlier work, people have gone back and seen those films. More than anything it’s off camera benefit.”

In conclusion, Aayush Sharma added, “So it doesn’t really bother me, it’s an opportunity. Of course as a family member you will think, but as an actor you will grab it with both your arms. My only concern was that I hope I justify, it’s a task. He (Salman Khan) is a man with all heart. I always say there are many people who will show you the dream, but when you will fall they will be the first one to backout. But he is the one who will pick you up and say the dream is still there. You don’t want to let him down. You don’t want him to be saying I know this nepotism thing came on to me while I believed in a talent. He is launching so many people, but people are always talking about the family angle that becomes the part of the conversation. There are many people not from the film industry whom he has given breaks too.”

Must Read: Aishwarya Rai Bachchan’s Beautiful Side Will Disappear Once She Enters Bollywood Once Predicted Sanjay Dutt