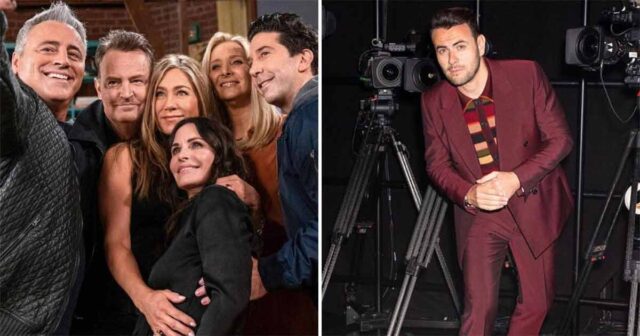 Friends reunion finally happened & as expected, it left a lot of us teary-eyed, overwhelmed with too many emotions rushing through us. The show ended with Courteney Cox saying how this would be the last time they’ve grouped up for a reunion. This came as a ‘lump in throat’ moment for many fans who are wishing for another reunion as soon as possible.

Friends: The Reunion’s director Ben Winston has opened up about a whole lot of inside gossip in his latest interview. From the much-talked-about cameos to ‘Chandler’ Matthew Perry tackling health issues, Ben reveals things that every die-hard Friends’ fan should give a read.

Ben was asked if these Friends will have another reunion any time in the near future, to which he said, “I can’t speak for them getting back together in another 15 years to do this sort of show. They might decide to do another show together to celebrate the 40th anniversary. Who knows! Will they ever do another scripted episode from getting to know them as a nine?”

“The finale gave us what we wanted to. And I hope that the six characters taking part in this show that we’ve created, paying tribute to something that was such a big part of all of our lives and somehow still is, is actually what we wanted, even if it isn’t necessarily what we thought we want,” concluded Friends: The Reunion’s director Ben Winston.