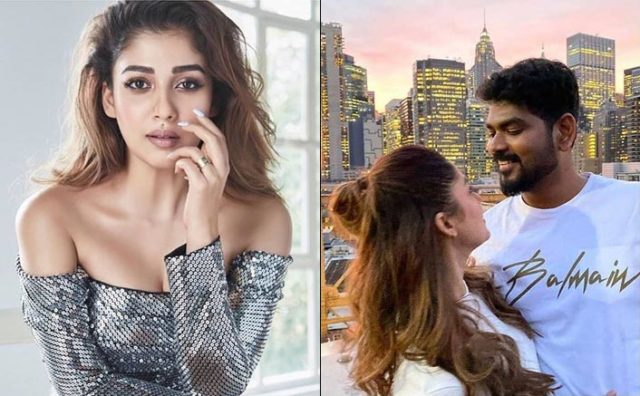 Top South actress Diana Mariam Kurian aka Nayanthara will be ringing in her 35th birthday today with her filmmaker beau Vignesh Shivan in style in New York. It was only yesterday when the Naanum Rowdy Dhaan maker took on Instagram to share a couple of adorable pictures with the gorgeous actress from Central Park and the iconic Brooklyn Bridge in New York.

Talking about Nayanthara, the talented and versatile actress who made her film debut with Malayalam film Manassinakkare in 2003 has so far acted in over 60 films including films in Tamil, Telugu, and Kannada languages.

The Airaa heroine is one of the most sought after and also highest paid actresses down South.

Nayanthara in her 16-year long career has won numerous awards for her performances including the big ones like Filmfare South (5 times) and South Indian International Movie Awards (7 times).

The actress born in a conservative Malayali Syrian Christian family in the year 2011 converted her faith to Hinduism at the Arya Samaj Temple in Chennai and took up the name Nayanthara.

Nayanthara is one of those very few actresses who in her career has acted in films from all four South film industries i.e Mollywood (Malayalam), Kollywood(Tamil), Sandalwood (Kannada) and Tollywood (Telugu).

She also is one from those select few who have shared same screen space with stalwarts and legends like Rajinikanth, Chiranjeevi, Mammootty, Nagarjuna, Dhanush, Thalapathy Vijay among others.

On the special occasion of her birthday, fans from all across took on social media to wish their favourite Lady Superstar a great year ahead.

FDFS maniac is not just a male star thing anymore . Lady superstar sealing it.
Only Nayanthara and Anushka have the rights y’all.
She made script value her and kept even bollywood on wait saying bring a script and i’ll be there. Stan this queen #HappyBirthdayNayanthara pic.twitter.com/BWrvX7bCV3

Nayan Powerful Thara
Interms of everything! She sustained rise up and regained the industry . Talent n gorgeous with patience and hardwork. She’s one in a million. ❤️ May you get all happiness you deserve #HappyBirthdayNayanthara pic.twitter.com/fDE8s4St9h

The queen who’s ruling
The queen who’ll rule over and over again#HappyBirthdayNayanthara pic.twitter.com/Y2DPF8kSyB

The versatile actress who was last seen on the big screen in the blockbuster hit Bigil opposite Thalapathy Vijay will next be seen in A R Murugadoss’s directorial Darbar opposite megastar Rajinikanth.

The action thriller will hit big screens on 15th January 2020 on the auspicious occasion of Pongal. 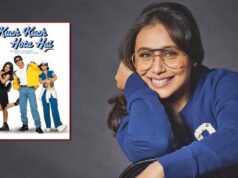