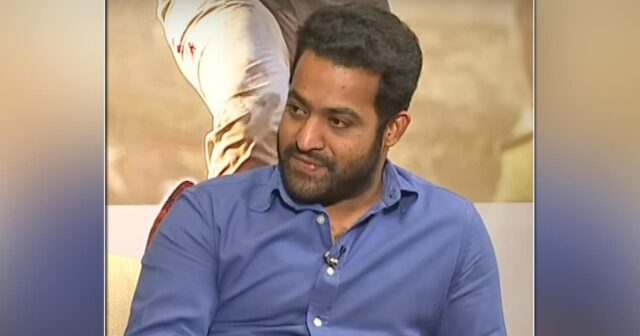 A video clip put out by Telugu actor Jr NTR, in which he requests politicians in Andhra Pradesh to stop indulging in personal attacks, has triggered a reaction in some sections.

Despite the clear and good intentions behind the ‘Aravinda Sametha Veera Raghava’ actor’s words in the video, some sections of fans started to create negativity.

As the video is now viral and being watched by millions of people, a section of the Telugu Desam Party’s followers are not happy with the video. “Why is he being so cool? Why not fire the politicians in the way he treats his villains in the movies?” one of the TDP followers wrote.

The actor’s fans in turn are hurt by these comments by Telugu Desam Party people. “Where were the party people when Jr NTR had been sidelined from the party-related things? He was always considered an outsider by TDP people. Now, when he has come up with such a great gesture despite these silly politics, these people still have a problem. Too much,” one of NTR’s fans said.

On the other hand, some netizens also questioned why he was being silent when Pawan Kalyan was harassed on a national channel. “It is a good thing that Jr NTR spoke out this time. But, what annoys me is, he did not respond when his own industry people were harassed by multiple people. Not sure what Jr NTR was doing when Pawan Kalyan was abused using cuss words on a national channel,” one tweeted.

The issue came to the fore after former Andhra Pradesh Chief Minister Chandrababu Naidu was subjected to verbal attacks by YSRCP politicians. Naidu, who spoke to the media on the same, also broke down over the remarks that targeted his wife.

Must Read: Jr NTR’s Warm Kiss To Son Abhay Ram Was All He Needed To Get Rid Of ‘RRR’ Schedule Stress