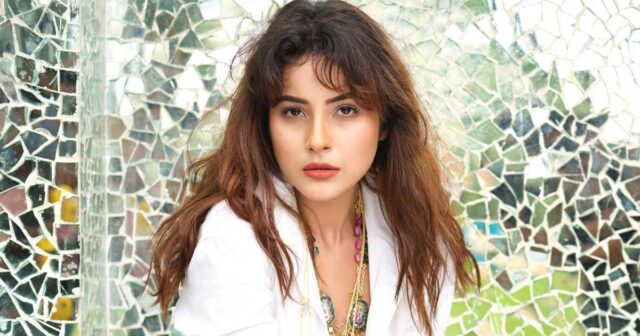 Kabhi Eid Kabhi Diwali starring Salman Khan and Pooja Hege in the lead has been one of the much-awaited films of the year. The film has been making headlines ever since reports claimed that it will mark the Bollywood debut of former Bigg Boss contestant Shehnaaz Gill.

Directed by Farhad Samji and produced by Sajid Nadiadwala under his banner Nadiadwala Grandson, the film will reportedly hit the cinemas in December this year. The film is billed as a complete entertainer and fans are eager to know more about it.

As excitement about Kabhi Eid Kabhi Diwali is skyrocketing, Shehnaaz Gill’s look from the film has been leaked online. The video, which is seemingly from the sets of the film, shows the former Bigg Boss contestant getting down from a vanity van in her costume, heading towards the sets.

Sana was seen wearing a saree with her hair tied with garland (gajra) Needless to say, she looked elegant in the attire. Take a look at the video below:

Recently, Salman Khan too dropped the first look of his upcoming film Kabhi Eid Kabhi Diwali. Sharing the still, Salman wrote, “shooting commences for my new film.” In no time, the pic went viral on social media and fans are now excited about the film.

So what do you think about Shehnaaz Gill’s look from Kabhi Eid Kabhi Diwali? Let us know in the comments.