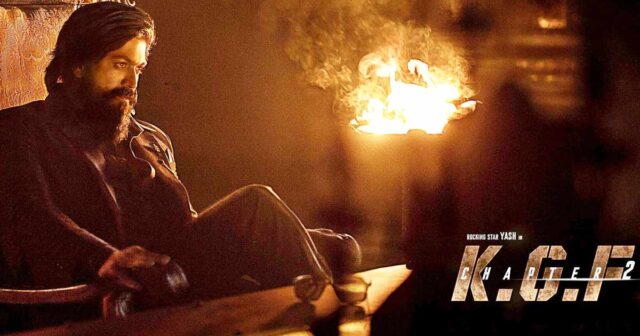 Prashanth Neel’s film KGF: Chapter 2, which was released four weeks ago, refuses to die down at the box office. The film has managed to earn over ₹1000 crore worldwide. Yash starrer is unstoppable and giving a tough competition at the new releases at the box office.

Prashanth Neel’s film was released in over 10,000 screens worldwide. It’s the biggest release ever for a Kannada film. It has been dubbed and released in Hindi, Tamil, Telugu and Malayalam. Interestingly, the film is not only breaking records at the northern belt but also at the Tamil Nadu box office.

As per the latest trade reports, Yash’s KGF: Chapter 2 is the second non-Tamil movie after SS Rajamouli’s Baahubali 2 to enter the Rs 100 crore club in Tamil Nadu. Even after four weeks, the film continues to run to packed houses.

Prashanth Neel’s film is making thunderous performances in other areas of the country. KGF: Chapter 2 (Hindi) enjoyed an excellent haul on Eid (Tuesday) as 9.57 crores more came in. The film also collected 3.75 crores on Monday as well. Clearly, the film is the unanimous choice for the audience.

Yash starrer has collected 382.90 crores and is bonafide all-time blockbuster now. Previously, the film was expected to enter the 200 Crore Club but the film will ease its way into the 400 Crore Club before the weekend. The lifetime expectancy too is in the vicinity of 415-420 crores now.

Prashanth Neel’s KGF: Chapter 2 follows the journey of Rocky Bhai (Yash) as he rises to become the king of a goldmine. Sanjay Dutt plays the antagonist in the film and Raveena Tandon plays an important role.

Must Read: Acharya: Distributors Demand A Heavy Compensation From The Makers Of Ram Charan & Chiranjeevi- Starrer After The Movie Tanks Miserably?