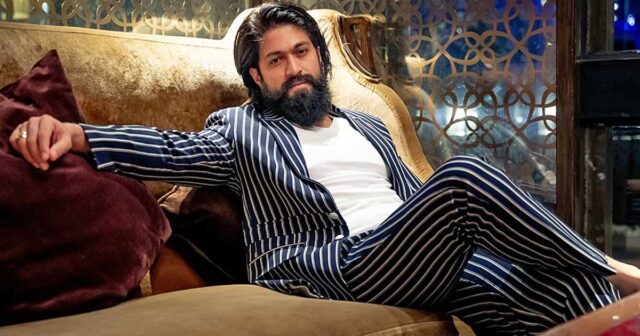 Naveen Kumar Gowda, otherwise known as Yash, has been rated as one of the popular Kannada film actors. He rose to fame with the film KGF and today, he celebrates his 35th birthday. The day is nothing less than jubilation for his fans. But in this case, a fan went a step further. Scroll down to know.

Reportedly, a B Com student named K Shivakumar, seemingly a diehard fan of the Rocking Star, never fails to celebrate the actor’s birthday in whichever way possible. This year, the student decided to take part in an online celebration which was organised by fans across the state today.

K Shivakumar wanted to attend the online birthday celebration of Yash as couldn’t skip classes without a valid reason. Instead of coming up with some random story, he decided to tell the truth and penned a leave letter to the Principal of the college.

As reported by News 18, the fan wrote the letter in Kannada that read, “On account of Yash bro’s birthday, all fans are taking part in the online celebration by creating a trend on Twitter. I have decided to take part in the trend and wish Yash bro. Hence I request you to grant me leave on 7th of January. Not just me, please give leave to my friends as well, so that they can also wish. The trend is planned from 7pm on 7th to 7pm on 8th. So please grant me leave and you can also wish.”

After the letter has gone viral on social media, the young fan K Shivakumar was approached by the publication. Talking about the viral letter, KGF Yash’s fan said, “My friends made fun of me when I said that I will apply for leave to take part in birthday celebration of Yash Boss. I however wrote the letter and it has now gone big. I am happy that more people are getting to know about this trending celebration and everyone can be a part of it.”

However, whether his request for leave has been approved by the college principal is not clear yet.