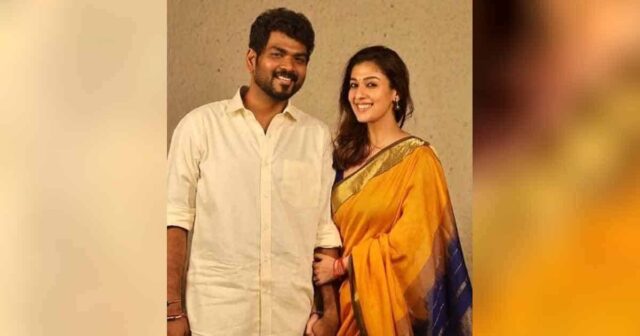 Tamil actress Nayanthara has revealed that she is engaged to filmmaker Vignesh Shivan.

In an interview with Divya Dharshini that aired on Vijay TV, the actress confirmed that the ring was indeed her engagement ring. Speculation has been around a long time among her fans.

The official Twitter handle of the channel tweeted a clip from the interview on Saturday in which Nayanthara is seen confirming her engagement. Vignesh had posted a picture of the actress on March 25 with a ring on. Ever since fans have been speculating if that was her engagement ring. However, no confirmation had come until now.

While promoting her recently released film ‘Netrikann’ during the interview, Nayanthara put an end to the speculation.

She said: “It was my engagement ring. We are private people so we didn’t wish to have a grand ceremony. When we decide to get married, we will definitely inform everyone. Our engagement happened in the presence of close family members. We haven’t decided on our wedding yet.”

The much talked-about digital series “Bahubali: Before The Beginning” has reportedly roped in South star Nayanthara for a pivotal role. The series is a prequel to SS Rajamouli’s “Baahubali” franchise.

Punjabi actress Wamiqa Gabbi has stepped into the shoes of Sivagami in the story that charts her journey to becoming the queen of Mahismati. However, details of Nayanthara’s role are kept under wraps, according to peepingmoon.com. The production house is waiting for the monsoons to get over, so that they can build the lavish set of Mahismati, the site added.

The series is expected to go on floors by September.

Reports suggest that the series was earlier shot and wrapped in 2018 but the final product was not satisfactory. Hence, the series will be shot again with a fresh cast.