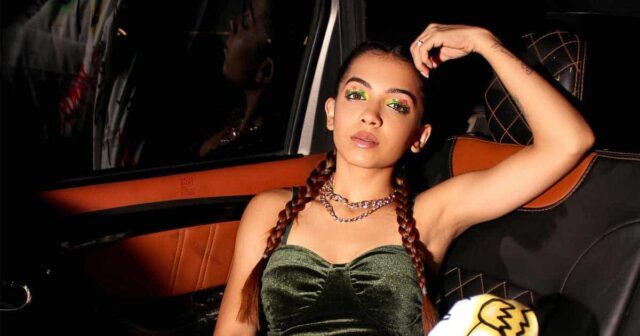 Simran Budharup is one of the budding actresses in the television industry. She has appeared in daily soap-opera-like Nazar, Durga Mata Ki Chhaya, and Parvarrish season 2. However, she rose to fame for her role as Rishita Pandya in Pandya Store.

The actress is quite active on social media. Recently, she revealed that she has been at the receiving end of r*pe threats and death threats from young users. Things became so ugly that she had to file police complaints against them. Scroll down to know more.

During a conversation with ETimes, Simran Budharup revealed, “Initially, I would take all the negative comments lightly because my character was doing things for which she was bound to get disliked. She broke the relationship of Raavi and Dev who have already established characters from Pandya Store, but recently it went haywire when people started abusing and giving r*pe threats to me on social media. A lot of things were happening. That’s when I took a step and I went to the police station and lodged a complaint. These were a group of kids who were around the 13-14 age group. Their parents gave them phones for education purposes but these kids were misusing their parents’ trust. They didn’t know where to draw the line and what was wrong, so they started doing these things.”

Pandya Store actress further revealed that she has a sister of almost the same age and she feels parents should keep an eye on them as sometimes they don’t understand the difference between right and wrong. She said, “I feel parents should keep a watch on kids during this age because, during this age, they don’t know what is actually right or wrong. I feel bad for the kids when I read these nasty comments and learn that they are coming from young kids. I am happy in my life and working, but I feel bad for them. I have a younger sister who is around that age and if she does something like this, I don’t know what I would do to her.”

Must Read: Taarak Mehta Ka Ooltah Chashmah: Dayaben Is Back (Not Disha Vakani?) & ‘Jethalal’ Dilip Joshi’s Reaction Is The Gift The Fans Have Waited For Years Now!