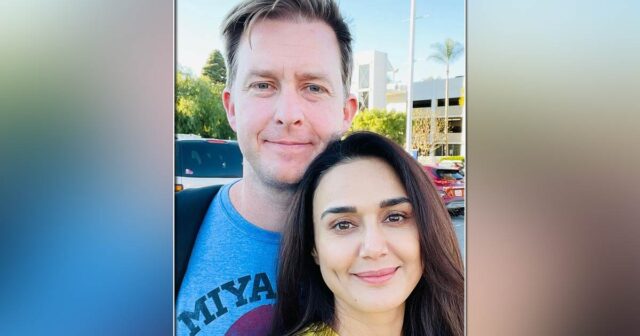 Bollywood actress Preity Zinta, who is well known for her films like Chori Chori Chupke Chupke, Dil Chahta Hai, Dil Hai Tumhaara, Dil Se, now surprised her fans with an important announcement. The actress on Thursday announced that she, along with her husband welcomed two new members to their family.

Now Preity Zinta took to social media to announce the birth of their twins – Jai and Gia – via surrogacy. Sharing a photo with her husband, she wrote, “Hi everyone, I wanted to share our amazing news with all of you today. Gene and I are overjoyed and our hearts are filled with so much gratitude and with so much love as we welcome our twins Jai Zinta Goodenough and Gia Zinta Goodenough into our family. We are very excited about this new phase in our lives.”

For the uninitiated, Preity Zinta is one of the successful actresses in Bollywood who made her debut with Mani Ratnam’s 1998 film Dil Se, which is set against the backdrop of insurgency in Assam. The film emerged as a blockbuster at the box office and also received several accolades including two National Awards, seven Filmfare Awards and a Special Mention Award at the Berlin International Film Festival.

Must Read: Did You Know? Preity Zinta’s Role In Kal Ho Na Ho Led To Issues With Kareena Kapoor Khan Who Was First Offered The Film!