It was yesterday that actress and BJP MP Hema Malini made an unexpected statement to film stars contesting elections. This happened when the veteran actress was asked about actor Kangana Ranaut’s rumoured political debut from Mathura – a constituency that Ms Malini represents, and she replied in Hindi saying “Tomorrow, Rakhi Sawant will also contest elections.”

Not one to stay out of the limelight if her name is mentioned anywhere, the Main Hoon Na actress has now shared a video reacting to the same. Dressed in a stylish red dress- that shows off her shoulders, scroll below to know all she had to say.

Check out the video here:

Do you think Rakhi Sawant should (once again) join politics? Let us know in the comments below.

When Saif Ali Khan Revealed Being ‘Uncomfortable’ While Kissing Rani Mukerji In Hum Tum & Later Labeled It As The ‘Worst Kiss In The... 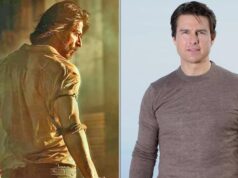 Shah Rukh Khan Khan To Bring To Pathaan What Tom Cruise Did To Mission Impossible Ghost Protocol, Director Calls Him ‘One Of The All... 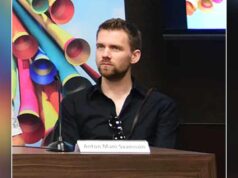