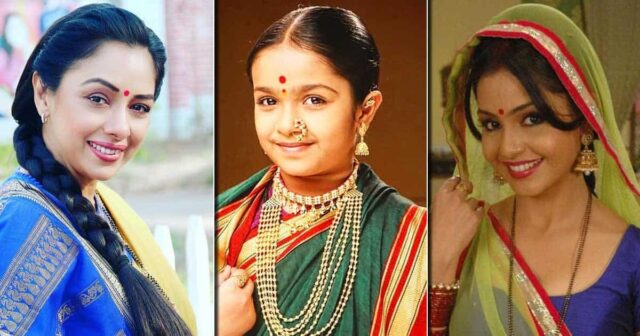 Millions of viewers are hooked to their favourite characters on different television shows. Characters as diverse as Pragya (Sriti Jha) in Kumkum Bhagya, Angoori bhabhi (Shubhangi Atre) in Bhabi Ji Ghar Par Hai! and Anupamaa (Rupali Ganguly) in Anupamaa enjoy a huge fan base. Hardcore buffs not only love watching them but also relate to these characters.

IANS brings a list of some of the most loved female characters on Indian television right now:

Rupali Ganguly as Anupamaa in “Anupamaa”

She portrays the character of a middle-aged woman who sacrificed her desires for the sake of her family, to become a perfect wife and mother. But after being deceived by her husband, she decides to live life on her own terms. People love the strong character who knows to fight against the ordeals in her life, in the Star Plus show.

Imlie hails from a tribal village. She is forced to marry a journalist and then she ends up working as a maid at her husband’s place. This TV character is loved for its innocence yet the streak of determination about her. She is a girl who wants to excel in life by getting education despite of her poor background. The Star Plus show has won fans for Imlie’s tenacious character.

Angoori bhabhi is the most loved for her simplicity and naivete, which often leads to humorous situations in this sitcom. She is amusing and makes the audience laugh with her accent and her homemaker vim on the &TV show.

Pragya’s character is liked for her simple, bespectacled look and her chemistry with Shabir Ahluwalia’s Abhi. Now, the simple girl has turned into a business tycoon, and the makeover in her life on the Zee TV show has been overwhelmingly appreciated by her fan base.

Child actor Aditi has impressed all as Ahilyabai Holkar’s young version. The audience’s love that she has garnered in a short span of time is because of the impeccable performance she puts into her role on the Sony Entertainment Television show.

From Rupali Ganguly’s Anupamaa to Shubhangi Atre’s Angoori Bhabhi, which TV actress of the current shows is your favourite? Let us know in the comments

Must Read: Disha Parmar Makes An Ethereal Entry At Her Wedding Venue; Rahul Vaidya & The Crowd’s Reaction Is Priceless – Watch