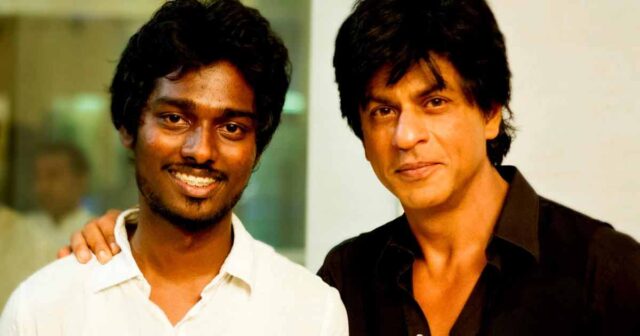 The untitled Shah Rukh Khan Atlee film is creating a lot of buzz lately. After few pictures from the sets were leaked, netizens started creating theories as there were also rumours that a subplot of the film might be inspired by superhit Netflix series Money Heist. However, there are reports making rounds on the internet that suggest the big-budget film will be a revenge drama.

Meanwhile, the film has been touted as an action thriller and nothing major has been revealed yet, apart from a massive star cast that includes, Nayanthara, Rana Daggubati, Sanya Malhotra, Priyamani, Sunil Grover and others.

According to reports by LetsOTT Global, “SRK – Atlee film will be a massive revenge action-entertainer. #ShahRukhKhan to assemble a team of Women who wanted to seek revenge for their past (Nayanthara, Priyamani, Sanya Malhotra and others) to rob something which is untouchable.”

LetsOTT EXCLUSIVE: SRK – Atlee film will be an massive revenge action-entertainer. #ShahRukhKhan to assemble a team of Women who wanted to seek revenge for their past (Nayanthara, Priyamani, Sanya Malhotra and others) to rob something which is untouchable. pic.twitter.com/eNE5CymSkS

Meanwhile, fans have been claiming that the story seems very familiar to Happy New Year and it might turn out yet another disaster from Shah Rukh Khan, while others compare it with the Dhoom and Kill Bill series. Well, we hope that’s not the case and the superstar proves them wrong.

The untitled project is currently under production in Pune and actors were spotted getting ready for a high octane scene. Recently, a picture of a permission letter of vehicle parking is going viral and it features the film name as, ‘Lion.’

The subject reads, “Permission to park our vehicles at your premises for ‘Lion’ Hindi feature film shooting.” It also contains the name of director, Atlee, along with actors Shah Rukh Khan and Nayan Tara.

On the other hand, there were rumours that the makers have also roped in AR Rahman to compose music for the film, but nothing has been confirmed yet.

With so many things going viral about the film, fans are now waiting for an official announcement. Nor Shah Rukh Khan; neither Atlee has said anything, but the leaked information is already making everyone curious.

On the work front, SRK has a great line-up of films in his hands, as he’s also shooting YRF’s Pathan and he recently signed Rajkumar Hirani’s upcoming film based on illegal immigration system, ‘Donkey Flight.’

Must Read: Salman Khan’s Ex Sangeeta Bijlani On Continuing To Be Friends With Him: “Dosti Ki Hai, Nibhani Toh Padegi”