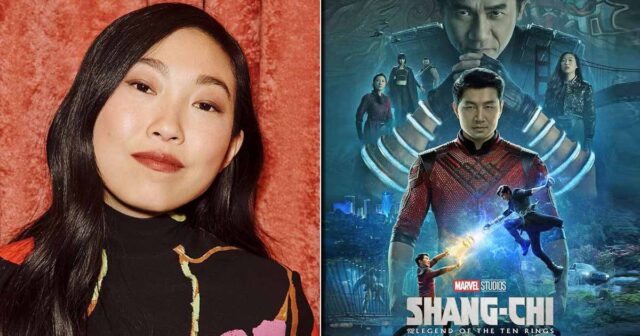 Awkwafina was officially the first actor to be cast for the film “Shang-Chi and The Legend of the Ten Rings”. The actress says it feels like a lot.

The actress, whose real name is Nora Lum, was the very first person officially cast in the film and everyone did their chemistry off of her, including Simu Liu, which is a huge testament to her talent.

Talking about being the linchpin of the Marvel Cinematic Universe film Shang-Chi, Awkwafina said: “That feels like a lot. I feel lucky to be part of a movie like this. The cast is amazing and the world will get to see that very soon and I am really happy to be here.”

The 33-year-old actress talked about her stunts in the movie.

Asked if stunts is something she would like to do, Awkwafina said, “I mean yeah, I fall down a pole in this movie and did a lot of pole work in the movie. Don’t want to say too much and reveal any spoilers, but there is definitely some pole work involved.”

Must Read: Dave Bautista To Enter DCEU After MCU, In Active Talks With The Studio?