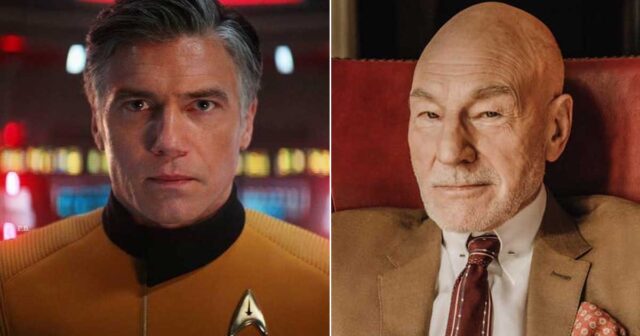 Anson Mount, who is getting a positive response for his performance as Captain Christopher Pike in the recently released series Star Trek: Strange New Worlds, recently opened up about his first meeting with Sir Patrick Stewart, who is known for immortalising the character of Captain Jean-Luc Picard in the ‘Star Trek’ franchise.

In a roundtable conversation with IANS, the 49-year-old actor recollected the events of the past, as he said, “I have grown up watching the original ‘Star Trek’ series in syndication when I was about eight years old. And then the next viewing happened around junior high, for me.

Anson Mount continued, “It’s funny because Patrick Stewart was a very young man when I was in graduate school with mutual family friends. We once went to see him perform in ‘The Tempest’ at the Broadway. I remember I was absolutely star-struck as a 22-year-old.”