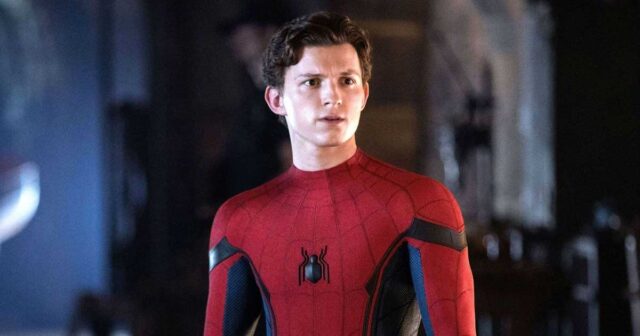 Yesterday, the much-awaited trailer two of Marvel’s Spider-Man: No Way Home release and it’s received tons of love from across the globe. While Tom Holland continues his act as the titular character, the film also sees the arrivals of several past villains (from the multiverse) including Green Goblin, Doctor Octopus, Sandman, and Electro.

While the majority of fans watched the film’s trailer on YouTube, a lucky few to watch it with Tom and their reaction to it had the actor in tears. Don’t believe us? Well, scroll on for the proof.

A screening of the Spider-Man: No Way Home trailer 2 was held at a theatre in Los Angeles in the presence of several fans, actor Tom Holland and a few more film crew members. Seeing the crowd’s reaction to the video showing glimpses of the film, Tom was overwhelmed with emotions.

While interacting with those present, Tom Holland said, “Seeing your reaction means we’re doing something right.” He also hinted that the trailer was just the ‘tip of the iceberg’ and there’s still a lot in store.

As he continued interacting with those present, he revealed he was feeling overwhelmed to see everyone so excited over a project ‘that he has poured his blood, sweat and tears into.’ Hearing this the crowd gave the actor a standing ovation leading to him wipe away some tears of joy. Check out the video:

A standing ovation leads to Tom Holland in tears after the trailer debuted. pic.twitter.com/5aHTByiEmD

During a recent interaction – while promoting Spider-Man: No Way Home, Tom Holland revealed that shooting these spidey films, in addition to the Avengers franchise, has dramatically shaped him. He told Total Film, “I’ve grown and changed in the best ways possible. I really learned how to stand up for myself.”

Tom Holland added, “When you first start making these films, you’ve got to do as you’re told, and you don’t think anything of it. But as time goes on you realise that you’re an actor in your film, and you need to protect yourself.” He continued, “Sometimes I’ll say ‘No’ as a full sentence. I’ve learned how to stand up for myself , how to behave in a professional capacity when you’re the leader.” He also said, “I’ve learned how to enjoy my fame, rather than run away from it.”

Must Read: Zoya Akhtar Collaborates With Netflix For The Indian Adaptation Of The Iconic Comic Book ‘The Archies’