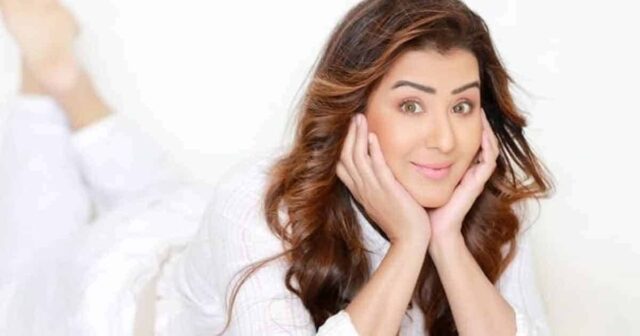 Popular television actress Shilpa Shinde is well known for playing Angoori in &TV’s Bhabi Ji Ghar Par Hai! She became a household name with her portrayal of Angoori Bhabhi but she quit in March 2016. Did you she was reportedly se*ually harassed by producer Sanjay Kohli. Scroll down.

Back in 2017 ahead of the #MeToo Movement began in India, the TV actress filed a complaint against the producer of Bhabhi Ji Ghar Par Hai of sexual harassment. She also spoke about her case in an interview with a leading daily.

Shilpa Shinde said that it all started out as a joke, but she tried to stop when things went out of control. As reported by Hindustan Times, she said, “In our industry everything is taken lightly. Guys say so many things and if you react to them, they go like – ‘we are kidding’. Things like – ‘You are looking, hot sexy’ – are common. Sanjay ji used to come on the set and while Benaifer would take care of all the paperwork, he would be the one who would talk like this to us.”

The TV actress also pointed out specific instances when she felt sexually harassed. She said, “Once Sanjay ji told me that for the promotion of the show, we will have to go out. and that we will have a nice time. Also, in the make-up room, he came close to me and photo lete huye and apna haath rakha mujhe…I could feel that touch was not right.”

Shilpa Shinde also revealed that she talked about the issue with co-star Saumya Tandon. “I spoke to Saumya also about this, but she was like – ‘Humari industry mein koi rape nai karta Shilpa’. But I told her that I was feeling very uncomfortable,” Shilpa said. She then added, “Later I got to know that Saumya told Benaifer (co-producer Benaifer Kohli, Sanjay’s wife) because two days later Benaifer asked me if I wanted to leave the show. She told me – ‘yeh kya keh rahi ho tum…koi pyaar se baat karta hai, toh tumhe yeh sab lagta hai. Humein do minute lagenge tumhara career spoil karne mein.’”

Shilpa’s FIR against Bhabhi Ji Ghar Par Hai! producer Sanjay Kohli began headlines. Many asked her about why she didn’t talk about se*ual harassment at that time. To which, she said, “That time, the way they portrayed everything and played games, I could not understand and believe that this could happen. Other artists in the show were also not talking to me. I thought that they (the producers) will apologise and it will sort out in 2-3 days. I also told some people (about the sexual harassment charges), but they asked me what proof do I have.”

However, she was determined to sort out the matter once and for all. Shilpa Shinde said, “I was depressed and was on medication most of the time. Every day something has been happening since then. Either a lawyer is coming or they (the producers) are sending something. My watchman has also asked me time and again if anything is happening. Benaifer used to record my phone calls. I don’t know aur kya karegi yeh aurat. Artists ke paise isne bahut khaye hai. They spoilt my career. Even when I was attending events such as a ribbon-cutting ceremony, they told the organisers not to invite me. Jis tareeke se mujhe barbaad kar sakte the, they did that.”

She then added, “I am going to court. I am not going to leave them. Inko andar daal ke rahoongi.”

Must Read: Anupamaa’s Rupali Ganguly & Gaurav Khanna Dances On A Romantic Track & Their Fans Can’t Stop Gushing Over Their Chemistry