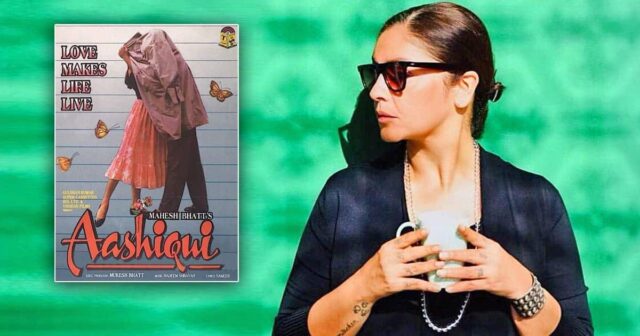 The musical romantic film Aashiqui still feels fresh and is cherished for great romantic songs. However, Anu Agarwal wasn’t the first choice for the film but Pooja Bhatt was chosen for the role. One might think who can reject a film that went on to become one of the most adored, but the actress chose not to do the film because she was in love. Scroll down to know the whole scoop.

Directed by Mahesh Bhatt, apart from Anu, the film also featured Rahul Roy and Deepak Tijori in pivotal roles. Upon release, it received positive reviews and emerged as a commercial success. The film received 7 nominations and won 4 Filmfare Awards.

Back in 2015, Pooja Bhatt attended Jagran Film Festival where she revealed declining Aashiqui when her uncle Mukesh Bhatt offered her the film. Talking about why she rejected the film, the actress said that her then-boyfriend didn’t want her to become an actor. Although her uncle and father tried convincing her, the actress was adamant about not doing the film.

Pooja Bhatt told, “I had a boyfriend and I was in love with him since I was 12. When I was 16, I started dating him. At 17, I did Daddy, and at 18 I was offered Dil Hai Ki Manta Nahin. So he very patiently went through the phase of my first film and said, ‘If you want to marry me, drop movie offers because I’ll never marry an actor’.”

“Being a romantic person, I said I’ll do anything for love. Then Mukeshji (Mukesh Bhatt) came to my house with the signing amount for the role, but I refused the offer. He called my father and asked him to make me understand. But I never agreed to do it.”

“Then my relationship ended with that person, though he still is a very dear friend of mine. But then life took over. So now I think I should have done the film”, Pooja Bhatt added.